I believe we can all agree that 2020 has been a challenging year and it’s only July. We have the virus COVID-19 spiking up in most states and more people being killed and treated unjustly #BLM. I have been doing my best to lean into uncomfortable truths about myself and our world.

Which is why I continue to educate myself … I learn from everyone, and I decide what rings true for me, through experience, stillness, through gut feelings and listening. BUT, I do not get to decide what rings true for others, instead I get to listen and empathize with them. [reread Brené Brown’s quote above] Choosing to listen and understand, not ridicule or disagree. Especially learning how much white privilege I have had my whole life, and studying about the layers of injustice. When we can truly listen and see a person for all that are, it can lead to change.

I have also been having conversations with my 15-year-old daughter, and they have been eye opening. This younger generation does not understand how racism is the norm.

A few things, I am learning:

ANTI-RACIST is different than saying I am NOT RACIST. Being anti-racist takes delving into learning and relearning about other cultures. I have been listening a lot lately to black people speak on podcasts sharing their experiences; watching different documentaries and movies; doing training in a 6-hour anti-racisim on-line education and deciding which book to read next.

ALLY — I choose to be an ally, one who stands up in support of #BLM  for they have been discriminated against and treated unjustly. AND, have for many, many years.

I recently watched a documentary and a television mini-series, both directed by Ava DuVernay and on Netflix. They share uncomfortable truths, and are worth your time in educating yourself on our U.S. history.

13th is a 2016 American documentary. The film explores the “intersection of race, justice, and mass incarceration in the United States;” it is titled after the Thirteenth Amendment to the United States Constitution, adopted in 1865, which abolished slavery throughout the United States and ended involuntary servitude except as a punishment for conviction of a crime.

When They See Us is a 2019 American crime tragedy web television miniseries created, co-written, and directed by Ava DuVernay for Netflix, that premiered in four parts on May 31, 2019.

I would also highly-recommend watching the Oprah interview about When They See Us with the Five Exonerated Men, the cast who played them in the movie, and with the director, Ava DuVernay. I watched this first, then the four-part miniseries.

White Guilt — I have this especially after having watched those two documentaries. I feel guilty for ways in which “white people” have perpetuated the status quo, causing harm to ethnic minorities.

White Privilege — I am a white woman, I am seen as the norm. Just by virtue of being a white person, I am part of the dominant group which tends to be respected, assumed the best of, and given the benefit of the doubt.

Let’s begin to respect one another just by the virtue of being a HUMAN BEING.

The Yin-Yang symbol, which illustrates the white with black inside and the black with white inside. That is harmony… may we all strive to educate ourselves, listen and empathize. Begin by having compassionate love for yourself, and with others… let’s change our social constructs, it’s overdue. 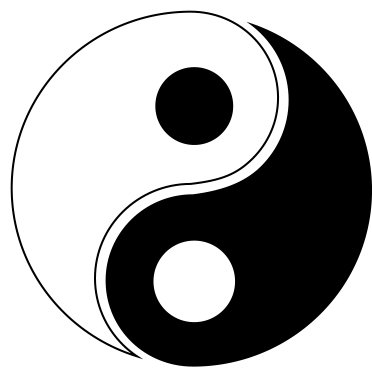 ← Our Opinions Have No Permanence Change the Dialogue Within →

You have Successfully Subscribed!